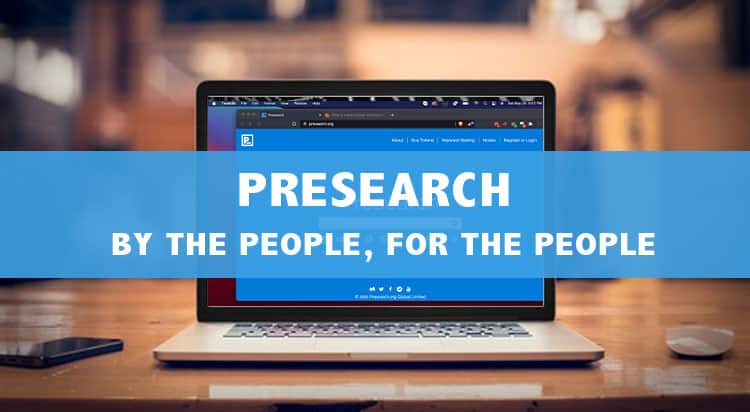 Over the past several decades, the Internet has grown to become a platform and tool that consistently pushes innovation boundaries.

The Internet is now so much part of our everyday lives that it is almost impossible to imagine life without it. It is a news source, a way to connect with family and friends, great for entertainment, and now many people use it to make a living.

Google’s success has fueled the growth of the Internet when it comes to mainstream use. The search engine’s legendary search algorithms have been the backbone of a multi-billion-dollar industry and company.

Google might currently be the most popular search engine, but it is not the only one. Alternatives such as Baidu, Yandex, and Bing are direct competitors, while other platforms such as Imgur, Amazon, IMDB, and many others have a stake in search relative to their platform-specific search capabilities.

Google is undoubtedly the largest search engine in existence and serves as the gateway to most users’ Internet. It successfully managed to become the filter in which everyone passes. Since it provides a free service, it has built up one of the most accurate and complex data warehousing programs ever seen in the world.

Google became extremely wealthy by centralizing the behavior of users online and selling it to the highest bidder. Selling off its users’ privacy for a service that makes Internet use easier might seem like a small price to pay, but this might not be the only option available for much longer.

Blockchain has started sneaking its way into virtually all facets of the Internet, so it should come as no surprise that it would eventually make its way into search. One of the first in the space, Presearch, is an ambitious blockchain-based project that seeks to grab a piece of the search market by offering a different take on search.

Presearch a Blockchain-Based Approach to Search

Presearch is a blockchain-based search engine that’s described as an open, decentralized platform that rewards users with Presearch Tokens based on their usage, promotion of, and contribution to the platform. On November 15, 2017, it was launched as a closed beta with limited membership and opened up for the public beta on April 9, 2018. The closed beta had about 15,000 users join by word of mouth, while the open beta targeted 100,000 by the end of May 2018.

Presearch is the first decentralized search engine that compensates its users with a cryptocurrency known as PRE Token. Click here get started.

The search engine was created in response to the prevailing state of search engines where Google and Bing are particularly dominant.

In a world where 77 percent of all searches are controlled by a single entity, influencing trillions of dollars in expenditure, shaping people’s perceptions, and essentially being the primary gatekeeper to the Internet, a new, community-driven, and open search engine is a necessity.

Unlike the existing search engines, Presearch is taking the non-traditional route using an open-source, decentralized blockchain index curated primarily by the community just like Reddit and backed up by machine learning algorithms.

What Does Presearch Offer?

Presearch offers transparent and open ranking factors that allow content creators to choose which data sources to make use of. The decision-making process is community-driven to ensure that only the best content is displayed.

Advertisers, on the other hand, can purchase targeted and non-intrusive keyword sponsorships.

How Does a Decentralized Search Engine Work?

A decentralized search engine ensures that no single company owns your data or accesses your search information. All the data is encrypted and stored on the blockchain. Instead of a search engine provider such as Google  or Microsoft owning your data, you own it and control access to it with a private key.

Decentralized search engines not based on the blockchain have been around for a while but struggle to scale. Blockchain-based search engines, on the other hand, utilize decentralization for scalability and growth.

What Are Key Features of Decentralized Search Engines?

The search engine does not record your search profile secretly for the purpose of eavesdropping or targeted advertising.

Unlike the centralized search platforms that are mostly driven by companies with vested interests, distributed search engines are operated with the community’s interests at heart.

The public ledger is owned and distributed by anybody on the network.

The search ledger is publicly available to all, which means that there’s no secrecy, only the searcher’s identity is withheld.

What are PRE tokens?

A Presearch token is a unit of account within the Presearch ecosystem that represents rewards earned, advertising staked or purchased, and, in general, value created. There will only ever be 500 million PRE. The PRE tokens are hosted on the Ethereum platform as standard ERC20 blockchain tokens. That means that PRE can be transferred to any wallet that’s compatible with Ethereum and recognizes ERC20 tokens. Token holders can sell their PRE directly to any individual or business interested in generating Presearch results at whatever price the seller can get for their token inventory.

How Do You Earn Presearch Tokens?

Presearch tokens are offered by the Presearch search engine to reward those that search using the platform. The tokens have intrinsic value as they can be leveraged for advertising on the Presearch platform.

What Are the Reward Rates?

Users can earn anywhere from 0.25 to 0.5 PRE per search and up to 8 PRE tokens every 24 hours. Once you hit the 8 PRE threshold, searches won’t be rewarded until the 24-hour period has reset at 12:00 a.m. midnight, UTC. You can earn 25 PRE tokens when you use your referral account to refer a new user.

What Is Keyword Staking?

The innovative use of staking on Presearch, specifically within the Keyword Staking platform, allows for discovering the value in ways not possible previously. The project has pioneered an entirely new way of launching token-based ecosystems that will have a lasting impact on both token values and adoption curves.

Keyword Staking refers to committing your PRE tokens to a specific term or word. If you stake the most tokens on a particular keyword, your advertisement will appear when somebody searches for that term on Presearch.

You still have ownership over your PRE while they are staked, but if you decide to ‘unstake’ them from a certain term or if another user stakes more than you, then your ad won’t be shown anymore.

Is Presearch Capable of Competing with Google?

Rather than building a search engine aimed at taking Google head-on, the objective with Presearch is to create a strong cadre of users interested in building out their ‘own corner of the web.’ As such, the strategy wouldn’t require billions of users to be a viable business.

The world can’t and shouldn’t continue relying on Google exclusively for most of its information, particularly when Google has so many other vested interests likely to conflict with providing objective answers.

For those who have worked with Google for a long time and have learned its algorithms and how to manipulate them along with the company’s monetization strategies, it is evident that there’s a clear and present need for an open, decentralized search platform.

Give Presearch for a test drive, and discover a new way to search privately. Article Name
What is Presearch?
Description
Presearch is a blockchain-based search engine that’s described as an open, decentralized platform that rewards users with Presearch Tokens based on their usage, promotion of, and contribution to the platform.
Author
Adam Chronister
Publisher Name
Enleaf
Publisher Logo